Join us for an open house as part of MSUM’s 125th Anniversary. You are a big part of that history!

Deadline for RN to BSN Program is October 15th

The deadline to apply for the RN to BSN program is approaching.

If you have more questions about our program check out our FAQ video featuring the chair of our department, Barbara Matthees.
http://coursecast.mnstate.edu/Panopto/Pages/Viewer/Default.aspx?id=008f09bc-62fb-4eea-bedf-f376efcd18f0

World Alzheimer’s Day is an opportunity to raise awareness about Alzheimer’s disease and the need for more education, support and research!  Alzheimer’s affects millions of people and families around the world.  This year, Alzheimer associations across the world will focus their activities on the care required by people with dementia throughout the course of the condition.

“As a geriatric Nurse practitioner and the daughter of someone that died from Alzheimer’s, I have experienced firsthand the heartaches of this diagnosis.  The focus of World Alzheimer’s Day gives hope to the millions who have and will have this diagnosis.  That focus includes not only research for treatment and a cure, but also highlights the need for interventions to enhance quality of care and in the end quality of life for this population.” –Vicki Teske, MS, RN, GNP-BC

Alzheimer’s is a type of dementia that causes problems with memory, thinking, and behavior.  Symptoms usually develop slowly and get worse over time, eventually becoming so severe for a person to do daily activities.

Alzheimer’s is currently the sixth leading cause of death in the nation.  There is no cure for Alzheimer’s disease and experts expect that at least 16 million people in the U.S. will have the disease by next year.

Is there a cure?

There is currently no cure for Alzheimer’s, but treatments for symptoms are available and research continues.  Current treatments cannot stop Alzheimer’s from progressing, but they can slow the worsening dementia symptoms and improve their daily life.  There is a worldwide effort to find ways to treat the disease. 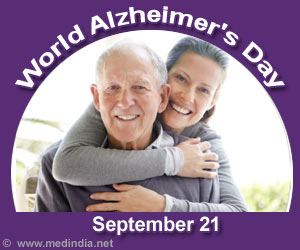 Have you recently graduated, or are about to graduate and aren’t sure what’s next? If you are thinking about furthering your education, the Tri-College University Graduate and Professional School Information Day is the event for you! This event is designed to provide information on taking the next step of your educational experience.

The Graduate and Professional School Information Day will help you find a program that best fits your interests and objectives. Information regarding the tests and admittance requirements will be available, all while being able to talk face-face with an expert on the application process.

Minnesota State University Moorhead offers several graduate degrees and certificates. In the School of Nursing & Healthcare Leadership you can obtain a graduate degree in:

To learn more about these programs, please attend the Tri-College University Graduate & Professional School Information Day or contact the School of Nursing & Healthcare Leadership, at nursing@mnstate.edu or call 218.477.2693.

There will be over 40 universities represented at the information day. Many of the programs are health related. Here are some of the many universities attending the event:

Please contact the Career Development Center, at careers@mnstate.edu or call 218.477.2131, for more information.

Importance of the Influenza Vaccine

1.    Why has Sanford decided to institute mandatory influenza immunization for all of its employees this year?

3.    I don’t believe the vaccine works. I got vaccinated last year, and I still got sick.

4.   I got the vaccine last year, why do I need to be immunized again?

5.    I’ve heard the vaccine might not be safe. I know someone who got the flu after receiving the vaccination. Also, doesn’t the vaccine contain mercury?

6.    I’m pregnant. What if I don’t want to expose my unborn child to the vaccine?

8.    I’ve heard all the arguments for receiving the vaccine but remain unconvinced. What if I have a personal objection to having to be immunized?

Thank you to Sanford Health for this information!

You can click on the link below to watch a video from Dr. Barbara Matthees our department chair on why the flu vaccine is required for students and why she believes the vaccine is so important.

Deadline coming up October 15th. Get your applications started and in today! http://www.mnstate.edu/snhl/bsnadmission.aspx

How to Apply for the Online RN to BSN Program at MSUM:

Article of the Year Announcement – JPN

According to the journal’s Executive Editor, Aileen Wiegand, “we initiated the JPN award for the best-written article of the year, which is chosen by a select editorial committee” (personal communication September 3, 2013).  Dr. Schaumberg will receive the award on behalf of all authors in San Antonio at the October 2013 American Psychiatric Nurses Association Annual Conference.

Each year people around the world to light a candle at 8:00pm on September 10th to show support for suicide prevention, to remember a loved one lost to suicide and for the survivors of suicide. The International Association for Suicide Prevention (IASP) and the World Health Organization (WHO) dedicate time each year to raise awareness about suicide.

The Problem
Suicide was the 10th leading cause of death in 2010 and remains a leading cause of death today. Now, according to the ISAP website, “Nearly one million people worldwide die by suicide each year. This corresponds to one death by suicide every 40 seconds.” The number of lives lost to suicide each year also exceeds the number of deaths due to homicide and war put together. These records don’t even include the number of attempted suicides which far exceeds any of the numbers given above.

MSUM’s Involvement
This year Minnesota State University Moorhead’s Wellness Educators are raising awareness about suicide by urging students, faculty and others around campus to wear yellow on September 10th to remember a loved that has passed due to suicide and to support suicide survivors. MSUM will also be having tables set up around campus passing out yellow wristbands to write the name of a loved one on or just “love” on.
A faculty member in our department, Melanie Schicker reflects on the awareness being brought to MSUM, “This is so important, as the numbers are rising in our college age group. We are making strides here on campus to ensure our students are educated regarding prevention.” Melanie is currently raising money for the Out of the Darkness Walk which will be held on September 22nd. She also intends to buy some yellow t-shirts to donate to those that can’t afford to go out and buy one for September 10th.

Seeking Help-National Suicide Prevention Lifeline: Call 1-800-273-TALK (8255) to be connected to a skilled, trained counselor at a crisis center in your area, anytime 24/7

According to a news release on August 21, 2013 participation in the Minnesota Department of Health’s FluSafe program is continuing to grow. The goals of the program encompass vaccinating more health care workers against influenza, particularly those working in nursing homes and hospitals. The importance of being vaccinated is high, for patients can contract influenza from unvaccinated employees and suffer from flu-derived complications.

With current rates of 66.7 percent of vaccinated health care employees, the U.S. Department of Health and Human Services imposed a goal in its Healthy People 2020 objectives of vaccinating 90 percent of workers. The director of Infectious Disease Epidemiology Prevention and Control, Kristen Ehresmann, is pleased with the initiatives of the FluSafe program, as well as the increase in vaccination rates over the past three years. However, she believes there is definite room for improvement.

Health care agencies seeking to increase vaccination rates that are also operating under the FluSafe program receive both promotional tools and guidance from the Minnesota Department of Health and the Centers for Disease Control and Prevention. These rates are stored in the Minnesota Immunization Information Connection (MIIC), Minnesota’s electronic immunization system.

For more information about the FluSafe program and the most recent list of blue, red, and white ribbon vaccination winners, visit mdhflu.com.

The 2013-2014 school year is upon us and faculty members here in the department couldn’t be more excited! Check out what Barbara Matthees, chair of the department, has to say about it.